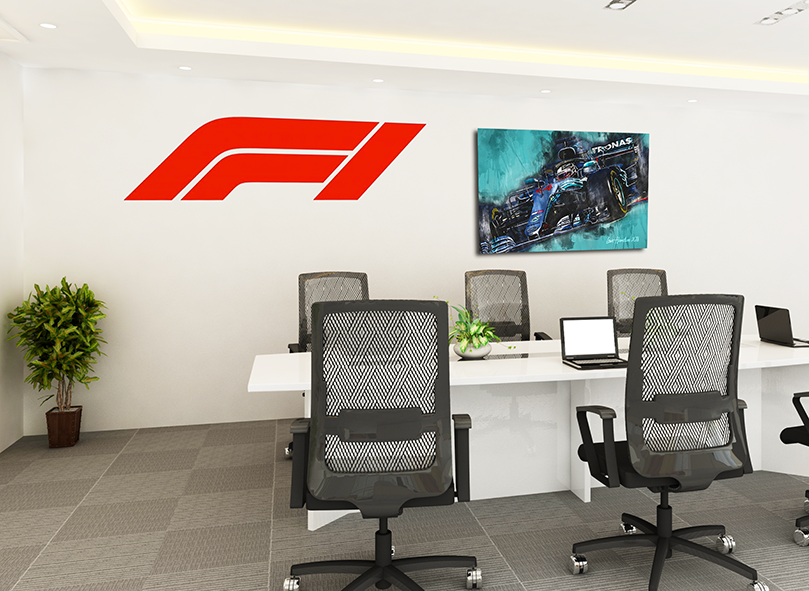 Browse our full range of Formula 1 Artwork and Canvas Wall Art featuring F1 teams like Mercedes and Ferrari and drivers like Lewis Hamilton and Fernando Alonso. Our artwork is unique and striking so you can be sure that it will be the centre piece of any room.

Formula One (also Formula 1 or F1 and officially the FIA Formula One World Championship) is the highest class of single-seat auto racing that is sanctioned by the Fédération Internationale de l’Automobile (FIA). The FIA Formula One World Championship has been the premier form of racing since the inaugural season in 1950, although other Formula One races were regularly held until 1983. The “formula”, designated in the name, refers to a set of rules, to which all participants’ cars must conform. The F1 season consists of a series of races, known as Grands Prix (from French, meaning grand prizes), held worldwide on purpose-built F1 circuits and public roads.

Our Formula 1 Artwork and Canvas can be seen below. But if you would like a specific canvas created for a Formula 1 team, driver or car, please get in touch and our team can work with you to create your ideal Formula 1 Artwork.

All copyright, trademarks relating to Formula 1 are vested in their respective holders and MotorsportArt is neither endorsed or connected to the holders.