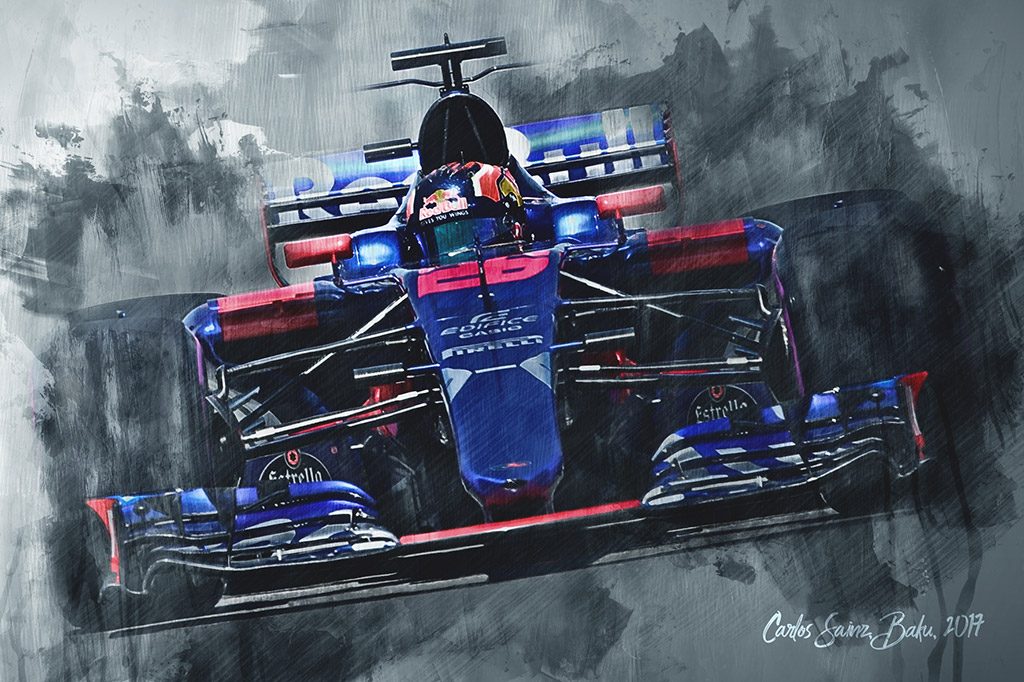 The son of a much-loved double world rally champion, it was perhaps inevitable that Carlos Sainz Junior would choose to pursue a career in motorsport. But unlike his famous father – namesake Carlos Sainz – the gifted young Spaniard chose to ply his trade on the track rather than on the loose. It has proved to be a wise move: after establishing an enviable record in junior formulae the disarmingly mature Red Bull-backed driver earned an F1 seat at Toro Rosso, barely ten years on from his first competitive kart race.

Born in Madrid in 1994, Sainz first got behind the wheel at the age of seven when he began to drive at his father’s indoor karting centre, though it would be a further three years before he started to compete seriously. Over the next few years he’d develop into a formidable competitor, and in 2009 – his final year in karts – he won both the Western European region of the KF3 series and the Monaco Kart Cup, a prestigious event which counts the likes of Sebastian Vettel and Robert Kubica as previous champions.