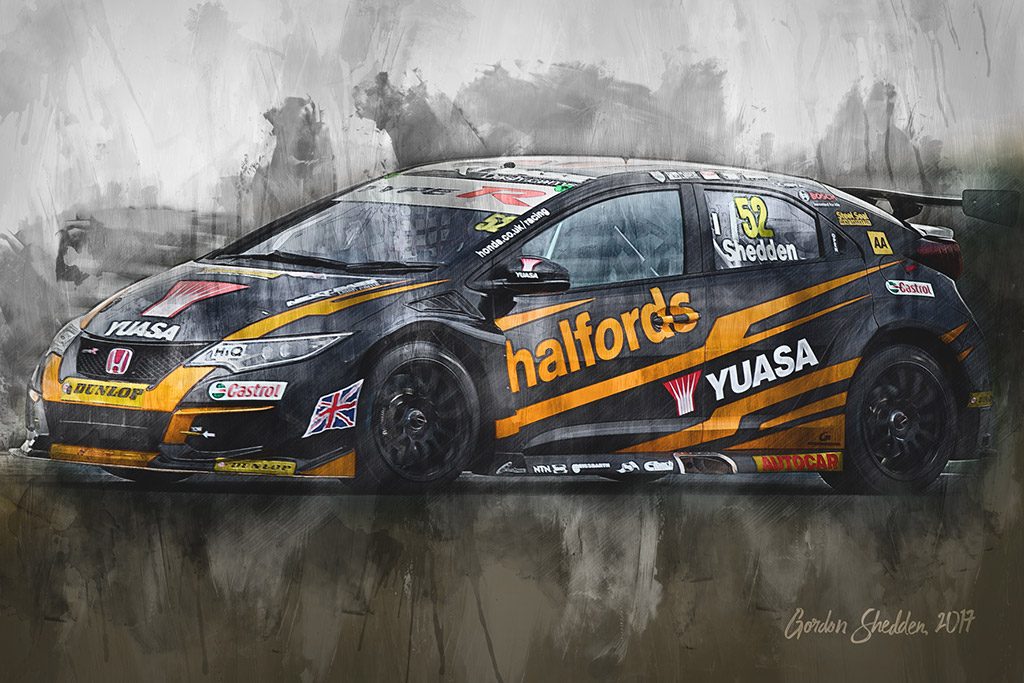 Gordon Shedden began his racing career in 1998 in the Scottish Ford XR2i Series, before going on to win the Ford Fiesta Championship in 2000. Between 2001 and 2005, the Fife-based racer drove in a number of supporting classes to the BTCC including the Porsche Carrera Cup GB as well as the SEAT Cupra Championship, scoring strong successes in both.

‘Flash’ joined the BTCC full-time in 2006 behind the wheel of a Halfords-backed Honda Integra Type R run by Team Dynamics, winning just seventh time out at Oulton Park and placing fourth in the final standings during his maiden campaign. Over the following five years, he tallied regular victories and finished inside the top three in the drivers’ classification three times.

In 2012, Gordon Shedden became only the third Scottish driver ever to lift the BTCC laurels. He did so in a Team Dynamics-prepared Honda Yuasa Racing Civic, and he remained a consistent contender in 2013 and 2014, winding up second and third respectively. In 2015, he repeated his title feat in dramatic fashion in the Brands Hatch GP finale, in so doing adding his name to an elite group of multiple champions.

With his Civic Type R undergoing further development over the off-season and the team welcoming Halfords back to the BTCC, Gordon headed into 2016 with a target on his back as he looks to add a third crown to his collection. Shedden overcame an early-season points deficit to sensationally take the title at the last, in the Brands Hatch GP finale.

Chasing that third crown, Gordon Shedden returned with Halfords Yuasa Racing in the proven Honda Civic Type R, sensationally clinching the honours at yet another breathless season finale. Once again, the champion started the season slowly, by his standards, and had a mountain to climb at the half-way point of the campaign to then-leader Sam Tordoff.

The Scot kept his cool to reel the rest in with a tally of four race wins, and headed to Brands Hatch as one of eight drivers in with a chance of topping the overall Drivers’ standings. It wasn’t until the final race of the season that the deciding move was made but ruthlessly, Shedden pulled it off. He became the first driver since Fabrizio Giovanardi in 2008 to retain his crown.

He will be looking for a fourth championship this year and his third in a row as he bids to equal Rouse’s achievement made back in the mid eighties. There are no signs his Honda will be any less competitive in 2017 after a strong pre-season showing. 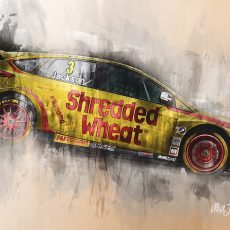 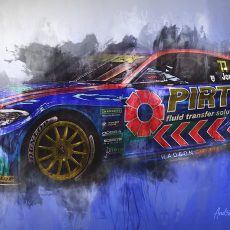