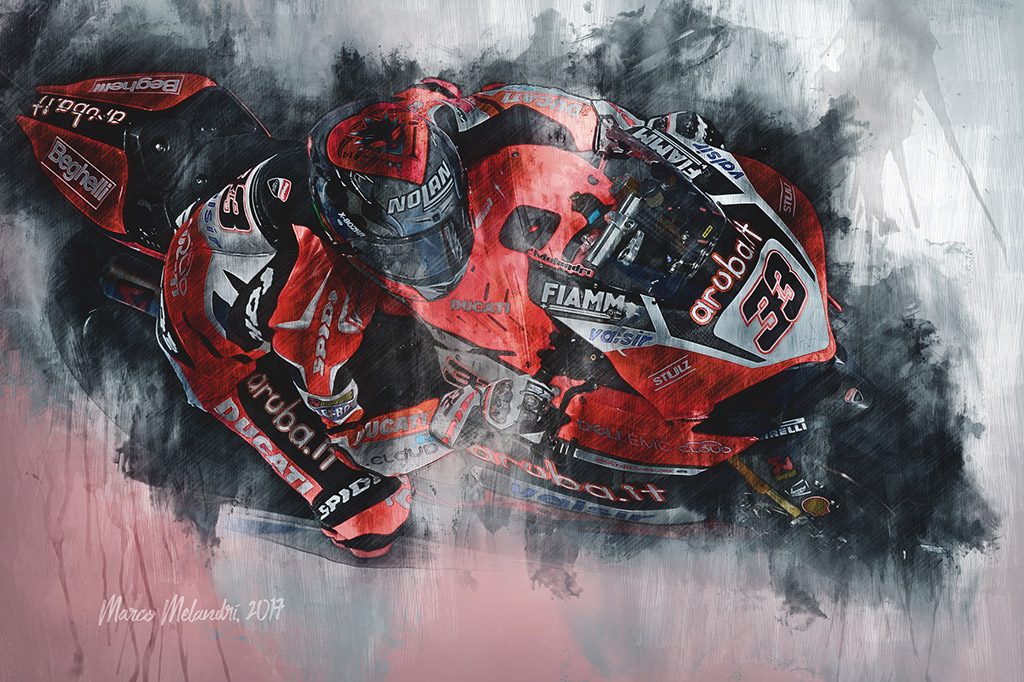 Marco Melandri made his WorldSBK debut in 2011 with the Yamaha World Superbike Team. The Italian soon acquired the status to fight for the title, finishing his first season as runner-up after taking four wins. In 2012 Melandri signed a two-year contract with BMW, and certified himself as one of the main protagonists of the Championship during this season. The rider then made another change in 2014 by joining the Aprilia Racing Team. After a steady start to the season, he was able to turn his season around, and became the rider who scored the most points in the second half of the season. However this effort was not enough to win the title and at the end of that campaign, Melandri returned to the MotoGP grid as an Aprilia factory rider.

Two years later, the 34-year-old Ravenna rider returns to the production-derived motorcycle championship, where he has 19 victories and 49 podiums in the 100 races he raced in between 2011 and 2014. Signing with Aruba.it Racing -Ducati accompanying Chaz Davies as a team-mate, Melandri wants to take the opportunity to race in the competitive Italian squad to win again on the WorldSBK stage.