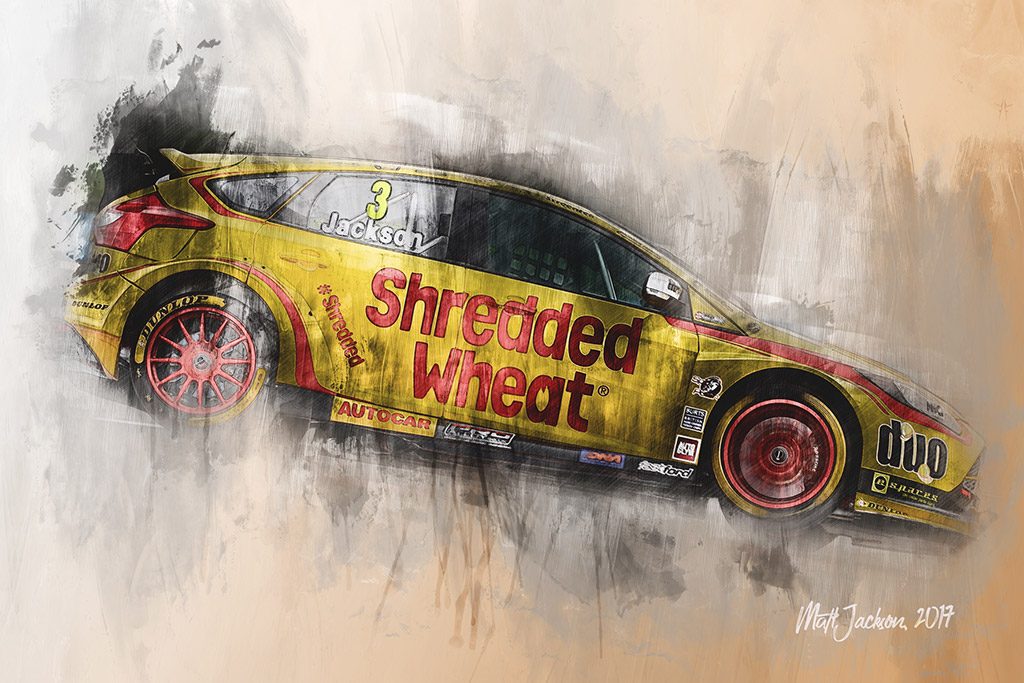 Mat Jackson made his BTCC debut driving a Ford Focus in the Production Class in 2001. After struggling for funds over subsequent seasons, he resurfaced in the supporting SEAT Cupra Championship in 2005 with a family-run team and dominated proceedings in 2006 to clinch the crown.

That proved the catalyst for a BTCC return in 2007, piloting an ex-Andy Priaulx WTCC BMW 320si – and Jackson was an instant front-runner, tallying his maiden podium finish in his third race and a breakthrough victory mid-season at Oulton Park en route to seventh position in the final drivers’ table. Still competing as an Independent, the following year saw an outright title challenge as five wins earned the McLaren Automotive test and development driver the runner-up spoils in the standings.

In 2009, Mat Jackson switched to Racing Silverline’s Chevrolet Lacetti, and despite missing the opening meeting, he triumphed four times to finish fifth in the overall classification. He moved to Motorbase Performance in 2010, winning races for the team in every year bar 2013 and claiming a best championship finish of fourth place in a Ford Focus ST in 2011.The Warwickshire star was a last-minute addition to the 2014 BTCC entry list after agreeing an 11th-hour deal to remain part of Motorbase’s line-up.

The team sat out the opening half of 2015 due to budgetary shortfall, but Mat Jackson returned midway through and was the most successful driver in the field over the final five meetings, tallying four wins from 15 starts and three consecutive pole positions.

2016 was a strong year for Motorbase, and Jackson. After a half-campaign in 2015, the Kent squad were back for a full run at 2016, with Jackson tallying a joint-high of five victories (Donington Park, Thruxton, Snetterton, Knockhill, Brands Hatch), tied with Colin Turkington, on his way to helping the squad to a maiden title, the Independent Teams’ Championship.

Jackson will stay with Motorbase for 2017 as it expands to a three-car operation following its most successful season to date.