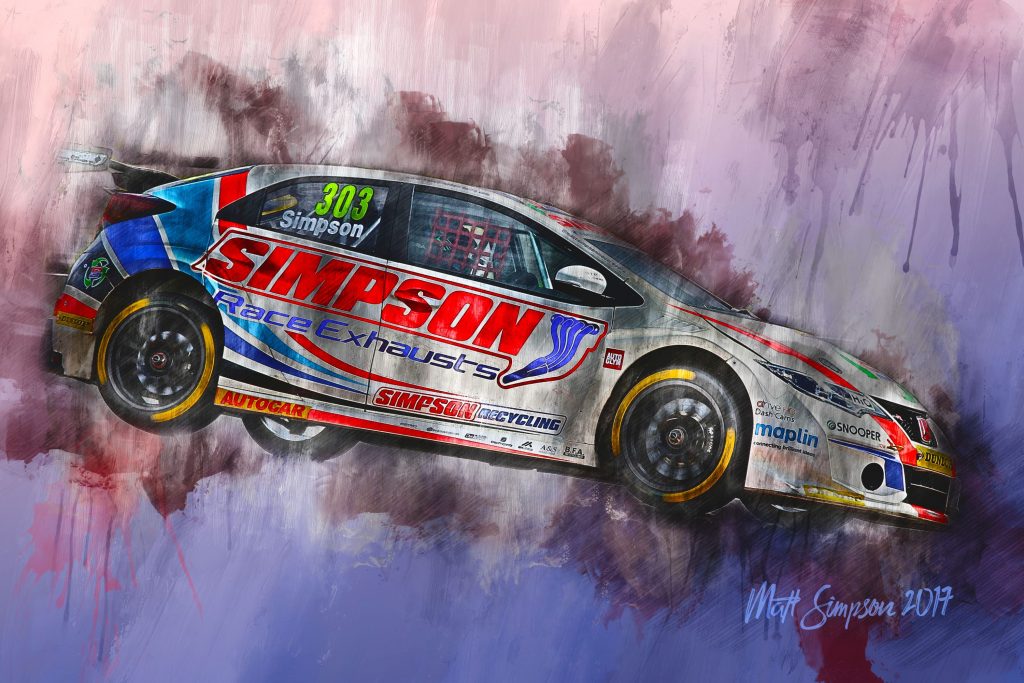 Matt Simpson began his Motorsport career at the age of 14 racing Ministox, with his first win coming on May 1st 1994, the wins kept coming until March 1995 when Matt took a break until the spring of 2003 where he came back to race in the Oval Track Legends series. The year saw him win the British Long Track Championship, Arthur Bright Trophy, British Short Track Championship and Rookie of the Year!

2004 saw continued success and led to Matt Simpson entering the National Hot Rods Series in 2005 where he took European, National and World honours in consecutive years from 2005 to 2012. July 2012 saw Matt make the move to racing long circuits alongside his father Jeff (who went on to win the Championship) his debut at Snetterton saw him take the win in his class. 2013 saw 8 overall wins from 16 starts and multiple fastest laps and saw Matt Simpson crowned Quaife Intermarque Champion and Champion Of Kent.

2014 saw 10 overall wins in 16 starts and multiple fastest laps and saw Matt Simpson crowned Quaife Intermarque Champion. 2015 saw Matt only race a few rounds of the Quafie series as the exciting venture into BTCC built towards 2016, as ever though it did see 5 overall wins from 6 finishes! 2016 was Matt’s inaugural season in the BTCC, he was a Jack Sears Trophy winner, had a number of points finishes and was the quickest man on track on a number of occasions.  It was of course a season of learning and with the exciting project at Team Dynamics for 2017 Matt’s progress is sure to be exciting.